Chris Diehl has done a lot for our neighborhood (the Chatterleigh Association) but one of her greatest contributions to the well-being of hundreds of children was surely her service to the Student Support Network, especially in the early days when it barely existed.

As you may know, the idea of the Network began with an e-mail I wrote asking to help a few students and families at Loch Raven High School for Christmas in December of 2015. In a little over two weeks, we ended up helping twenty-five families and bringing together well over one hundred donors.  Chris participated in the initial drive, and she also was a huge help in our first follow-up meeting when we were trying to figure out what to do next.  She brought a lot of food for us to enjoy, and little did she know how involved she would get with all kinds of food…but to keep the chronology, I will be forever grateful to her at the very beginning, when we had no Board of Directors and no bank account.  But we did have dozens of people galvanized by learning about poverty in our community and wanting to help.  In those early and fragile days, Chris gave us a great gift by agreeing to become Vice President of the Board of Directors.  And if that wasn’t enough (and it would have been enough), she let the ‘Adopt A Family’ program for the Christmas holidays take over her garage completely in 2015 and for years after that, and helped organize everything to be taken to the high school and distributed there.  The photo below pretty much says it all – we gathered gifts for at least 25 families that year in her garage alone!

Chris became our first Lead Volunteer at Loch Raven High School, and her organizing skills were remarkable – she turned that space into a place where students would feel comfortable “shopping” for everything there.  She made the organization look effortless, and spent many hours thinking, cleaning, organizing donations, and leaving a great legacy for the current Lead Volunteers. She welcomed groups to the space too, including Girl Scouts who had done a drive for the Network, visible in the other photo below.

During all of Chris’ service, she has been creative and fearless. She was willing to try stocking all different kinds of things in the room at Loch Raven, now called “the Loch Raven Haven,” so students and their families benefited from countless additions, from bedding and towels to pictures, posters, and pillows.  They were all picked up by students grateful for something that would liven up their own spaces.  One of the biggest teachable moments for me was when Chris started donating pet food.  I sorrowfully admit that at first, I was somewhat taken aback by this idea, but she knew instinctively that a pet at home might be the one thing that was helping a student in crisis survive and that by helping the pets, you help the kids.  She also donated pet food for many of our Network food distributions, and families were so very grateful for it.

Chris stepped down from our Board to devote herself to being the Director of the Holy Cross Lutheran Preschool program.  I like to think about the children and their parents benefitting from her care and her organizational skills there.  But through the Loch Raven Haven, the food distributions, and her outreach for the Network, she’ll always be with us.  Thank you, Chris! 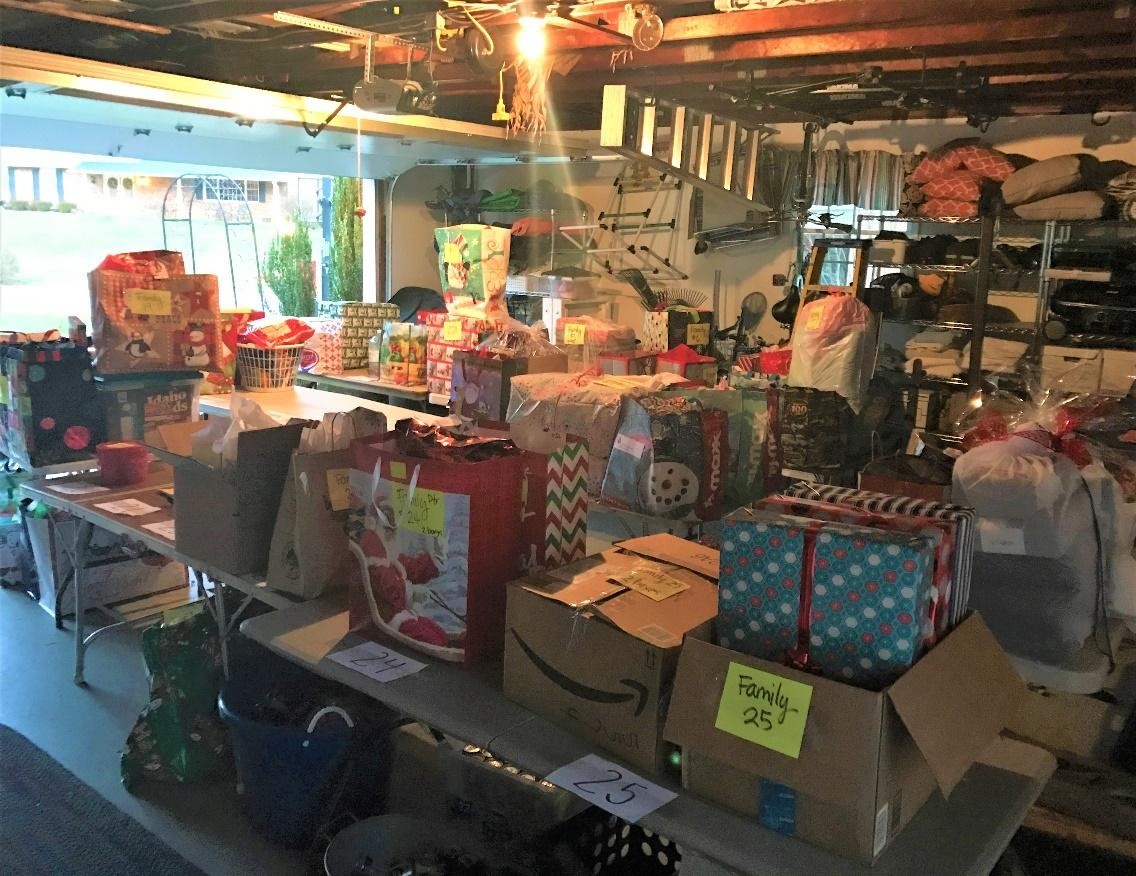